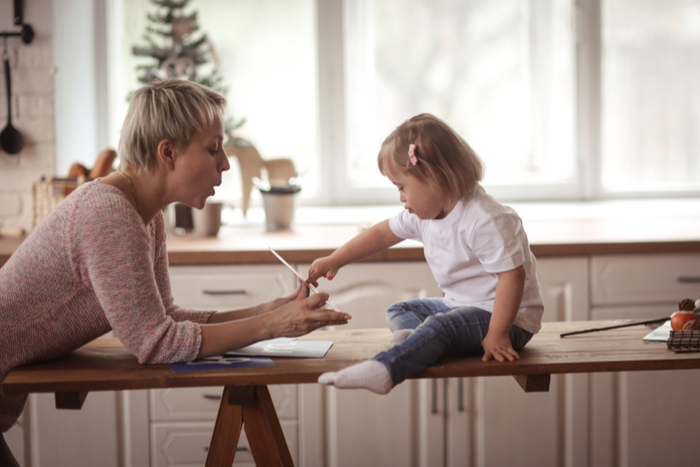 Voice messaging app Sound Branch is not only set to get people talking again but is also hoping to improve methods of communication between teachers and parents in special educational needs schools.

Sound Branch is a speech to text transcription app that allows the user to record voice notes on any device at any time. The voice notes are recorded in 10 second clips and are called ‘seeds’. Once recorded and automatically transcribed into text, other users can reply and branch off each seed – starting up the conversation.

Using Sound Branch as a method of communicating, not only saves time but improves conversation and engagement, as a message can often be interpreted more clearly when it is heard through spoken word rather than written text. This idea of conversing in a more engaging and empathetic way is why Sound Branch could help to improve communication between teachers and parents of children in special educational needs schools.

For instance, one school in the UK has a large number of children who travel to school each day by taxi to accommodate their needs and wheelchair access. Each day, the teachers need to let each parent know that their child has arrived at school safely, as well as communicating any other issues.

Currently, the majority of teacher to parent communication is carried out through a handbook that gets sent home for parents to read at the end of each school day. This method is not only time consuming for both teachers and parents, but also lacks any room for empathetic connections between both parties.

Sam Dixon, Head of Education for WebAnywhere, recently visited the school and said: “The headteacher was looking for a system which would electronically record their notes, as they have to type up the communication onto their system as well as recording it in the book.”

“I introduced the headteacher to Sound Branch and showed her how to send a message home to a parent. She loved the idea of voice to text communication – so I’ve set them up with their own account and she’s going to get a small group of parents to trial it,” he added. “The aim is that it’s going to save them a lot of time and she’ll get more engagement with the parents through using it, rather than sending home a handbook.”

The headteacher of the school said that her concern with their current method of communicating through the handbook was around data protection and confidentiality issues. “With GDPR being such a big issue, I’m a bit uncomfortable with that diary going in a pupil’s bag at the end of the day and in a taxi with lots of other people,” she said. “Who could pick it up out of the bag? Who’s going to read it?”

“Although we have lots of telephone conversations with parents, I wanted to have an electronic home-school diary that could be shared with parents – but it had to be secure and had to be free,” she said. “Then Sam came along and showed us Sound Branch. I liked it because the written word can sometimes be misinterpreted, but with voice messaging, you can sound reassuring with parents. It also potentially could be time saving for us.”

She added: “I also liked the fact that Sound Branch recorded the conversations in text so that you could go back and look at your conversation history. I think we’ll get a range of responses so we’re going to pilot it first.”