Teaching resources: The story of Hijra

27th November marks the beginning of the Islamic New Year. In the Islamic Calendar this day is the first day of the year 1433 AH.

The start of the Islamic year is based around events that occurred during Hijra. Hijra is the name given to the journey the Prophet Muhammad (PBUH) made from Mecca to Medina.

The story of Hijra

In the year 622CE Muhammad (PBUH) was warned of a plot to assassinate him. He, along with other Muslims from Mecca, decided to make the 300km journey north to Medina. Once in Medina, Muhammad (PBUH) hoped that his people would be able to establish themselves and live in safety. Muhammad’s (PBUH) journey was far from easy. Members of the Quraysh tribe were searching for Muhammad (PBUH) . When he left Mecca he knew that he was being hunted by them. To make sure that he was safe he hid in a cave to the south of Mecca for 3 days.

After 3 days Muhammad (PBUH) left the cave. To avoid the Quraysh he made his way to the banks of the Red Sea. The route along the coast that Muhammad (PBUH) chose was not used very often. As a result it took a week for Muhammad (PBUH) to reach the outskirts of Medina. Once he was sure that his followers were safe, Muhammad (PBUH) entered the city and settled there.

How is the Islamic New Year celebrated?

There is no specified manner in which Hijra is marked. Many Muslims reflect and pray whilst others prepare for another important day in the Islamic calendar, the Day of Ashura, which occurs just 10 days after. 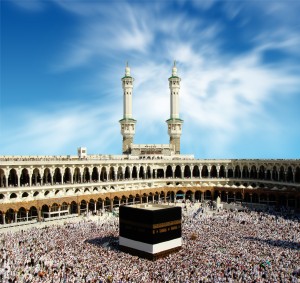 The Day of Ashura

For Shia Muslims the day marks the anniversary of the martyrdom of Husayn Bin Ali. Husayn Bin Ali was the Prophet Muhammad’s (PBUH) grandson. He was killed at the Battle of Karbala, in the year 61AH (680CE). In many countries with large Shia Muslim populations, the Day of Ashura is a national holiday.